Have you found out someone is self-harming?

Self-harm is a significant problem among young people around the world. Research suggests that the mean age of starting self-harm is 13 years old, with cutting being the most common type. However, self-harm has also been strongly associated with suicidal thoughts and behaviours, with research suggesting that up to 30% of young people who engage in self-harm report a suicide attempt. Most frequently, the reason for self-harm comes from a need for relief from painful thoughts and feelings. Slightly more than half of the people who self-harm seek help; however, this is often from friends rather than professional channels. So what can you do if you’ve found out a friend or family member is self-harming?

It can be challenging for people who are self-harming to stop the behaviour by themselves. So seeking professional support is important to reduce self-harm and protect against further potential harm. Four possible strategies which can aid with self-harming behaviour include:

(1) Delaying, whereby individuals give themselves 10 minutes before self-harming. If this works, extend this to 20 minutes and then 30 minutes and so on.

(2) Distracting, whereby when individuals feel the urge to self-harm, they engage in another activity as a distraction such as exercising, calling a friend, taking a shower, playing games, playing loud music or calling a helpline.

(3) Diverting, whereby another activity is engaged with that is similar to self-harm but won’t cause injury, such as holding an ice cube, having a cold or hot shower, punching a pillow or eating something with a strong taste like chilli.

Furthermore, given the high rates of self-harm among adolescents, it can be helpful to seek out programs that improve adolescents’ ability to deal with negative feelings effectively. This also serves as a preventative measure even before the onset of any self-harming behaviour.

Check out our Teams page to read about our therapists and who may be most suitable, then call or email us.

Pauline Ogilvy, clinic director and senior psychologist.  Pauline specializes in supporting parents, doing couples counselling and individual adult/teen/child therapy. She also provides school consults and Triple P interventions and parenting support through separation. Pauline has been working in the field for over 21 years now, and also has a teaching background and is a parent of three adult children. She is down to earth and offers friendly experienced confidential support.

Sarah Graham is a clinical psychology, who completed her Doctorate in Clinical Psychology in 2020. Sarah's interest include conducting assessments and supporting adults and children and families. She enjoys working with a variety of presentations such as anxiety, depression, trauma, self harm and developmental disorders. Sarah also provides support surrounding medical conditions, friendship issues social skills development and school based concerns.

Tom Greer Smith is a General Psychologist who has  experience in working with teenagers and families as well as adults.  Tom has a particular interest in sport and performance, adolescence, early adulthood, and helping individuals grow and adapt to change. He has experience in helping individuals who at times in their life experience anxiety, depression, high stress, worry and frustration. Tom is also committed to providing comprehensive assessments of ADHD, cognitive ability and gifted students.

and empowering youth and young adults in navigating the rigours of study and performance in the American Athletic Collegiate System. Tom has also spent time as a former collegiate tennis player and coach, helping individuals thrive under pressure. Currently he is also employed part time by Surfing Australia to support the next Olympic junior surfing team.

Lee is our receptionist extraordinaire! He keeps us organized and is that friendly voice when you call. He is with us some mornings and can be contacted via text, email or calls.

Lee comes to us with plenty of experience in the allied health reception role. Lee enjoys supporting us with keeping us organized, being prompt and keeping a safe clean space, and at times a cup of tea and always a cheerful greeting. 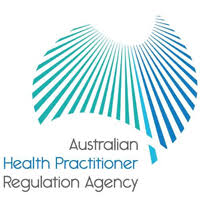 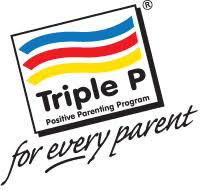